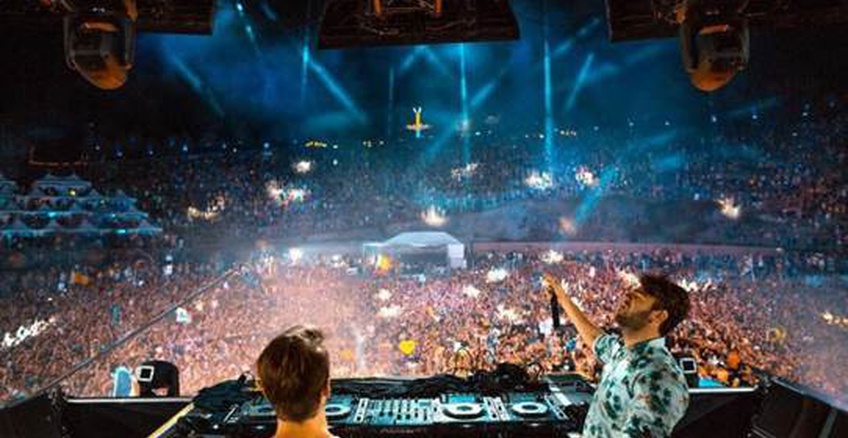 Forbes recently released its annual highest paid DJ list. From superstars such as Steve Aoki to ex-reality stars such as DJ Pauly D, the report provides insights into some of the hardest-working players in the game.

So of course, we want to know: who is the highest paid DJ? Well, Marshmello’s residency at the Kaos Dayclub and Nightclub at the Palms Casino Resort in Las Vegas helps put the DJ at number #2 on the list. In fact, as part of a massive $60 million contract, the masked DJ is earning $40 million this year so far. Marshmello and The Chainsmokers are dethroning Calvin Harris (who held #1 for 6 years). Harris is now at #3 on the list at $38.5 million and The Chainsmokers top the chart at #1 with $46 million.

One notably worthy DJ producer known for his work ethic, Steve Aoki, remains at #4. Playing over 200 shows, the Dim Mak record label founder works harder than most. At $30 million, his endorsements have included both Diesel and Samsung.

In summary, Forbes‘ list includes some of the biggest electronic acts from all around the world. These numbers are measuring pretax earnings from June 1, 2018 through June 1, 2019. Furthermore, the numbers are also formed from estimates by Nielsen, Pollstar, Bandsintown and Songkick, and other mediums such as interviews.

You can read the full list of the top paid DJs below.