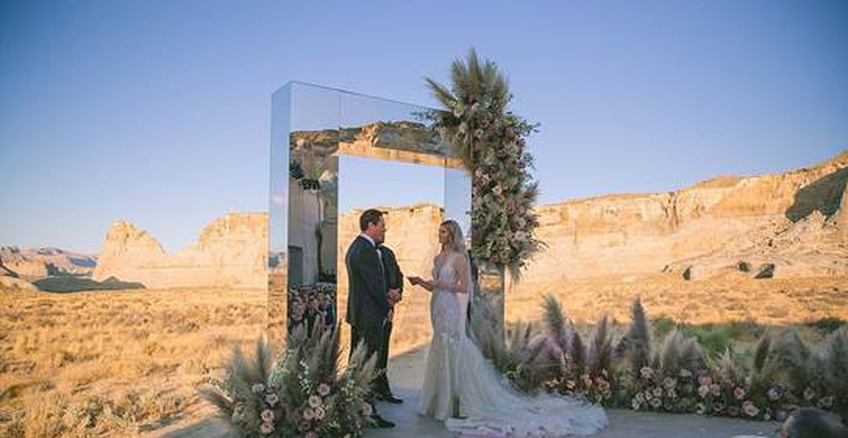 The star - who has an estimated net worth of £120 million and is the sixth highest paid DJ in the world -  chose Amangiri, described as a 'futuristic resort', for the wedding, hiring out the entire venue for his bride and their 80 guests.

According to Vogue, the ceremony took place on the patio, overlooking the rock ridges and sand dunes of the resort, beneath pillars draped with flowers.

The aisle was concrete and stretched across mirrored archways that reflected the desert.

The couple, who have been dating for five years, had 80 guests at their special day. Annika's dresses were Oscar de la Renta and Berta and Tiësto wore Tom Ford. The reception took place where the vows were exchanged, but transformed into a nightclub, where DJ Coleman played a song for the bride that her new husband has written called A Million Years.

The pair met at Catch restaurant in New York in February 2015, introduced by mutual friends.The God Is A Dancer producer popped the question during Thanksgiving 2018 on the beach in the Maldives.